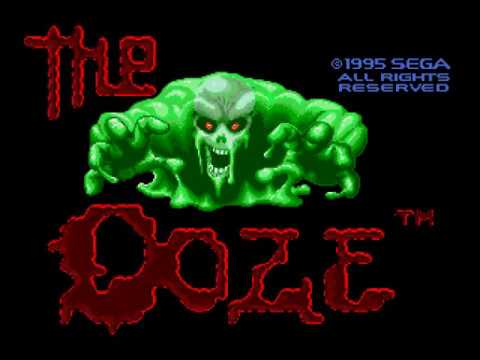 Dr. Daniel Caine, research scientist working for The Corporation, while searching for the evidence that crimes were being committed using a toxic gas he created, has discovered that The Corporation has succeeded in developing a hybrid plague, a disease so dangerous and fast-spreading, it could wipe out humanity in just a few days.

Only The Corporation held the cure. They created “Operation: Omega”: a plan to unleash this pestilence in water supplies around the globe, infecting the entire planet at a single blow. Then, they would extort billions of dollars from world governments to supply the cure! The Director found out about Caine hacking into his database and had the scientist injected with something green. Dr. Caine’s body liquefied and was flushed down into sewerage. However, his skull and fist remained intact, and his new body is made of toxic goo. Swearing revenge, the doctor seeks two things: his former colleagues, and to assume his human form once again. He must now find the DNA helices scattered throughout the wasteland or else end up imprisoned in the Director’s lava lamp…

The Ooze is a video game developed by Sega Technical Institute and released in 1995 for the Mega Drive/Genesis. Howard Drossin (who previously worked on music and sound for Sonic & Knuckles, Sonic Spinball and Comix Zone, and later for Baldur’s Gate II: Throne of Bhaal) created music and sounds, and Dave Sanner, the developer of Sonic Spinball, was the lead programmer. In the game, players take the role of a slimy puddle of liquid and face off against various enemies and obstacles.

Players control Dr. Caine as a puddle of ooze with a head, who can move around and use two attacks. One is stretching out a maneuverable sliver of ooze whose length is only limited by how much ooze he currently has to attack. Players can also spit gobs of ooze (called a “Hocker of Death” ), which reduces the size of the ooze. Enemy attacks deplete the size of the ooze puddle as well, and the Ooze will die either if he becomes very small or if his head is attacked directly. He can also die by dropping off the edges of certain areas. Numerous puzzles must be completed in order to progress from one level to another. An optional goal of the game is finding and collecting all 50 helices, in order to see the game’s good ending.

This could be a great action/puzzle game if it didn’t have the insane, unfair difficulty. The developers could simply add a saving feature and solve all problems, but instead, one mistake forces the player trying to get the good ending to start all over. It’s so hard, the game barely lets you learn it at all. Players are supposed to touch every pixel of every level in search for hidden items, passages and levers, and to memorize all encounters in the game, because a considerable part of them are anti-intuitive deathtraps. And for what? For the good ending, you get the same two screens as the bad ending (which is also the game over screen), with a low-quality animation slapped to them at the end! Slope mechanics are poorly done, but that’s just a minor complaint about the game’s otherwise solid and original design. Also, a few places on Level 5 seem to be inspired by nothing more than pure sadism.